Like putting a man on the moon, Mission Zero will require a new level of collaboration - Lendlease 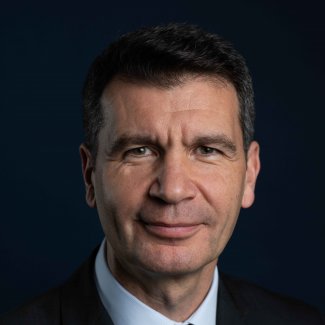 At Lendlease we have described our target of Absolute Zero Carbon by 2040 as a moon-shot. That’s because when we say ​“absolute” we mean it; we’re talking about all of the emissions — including from the fuels we burn, as well as the embodied carbon in the materials like concrete and steel that go into our buildings, and the energy used by the occupiers of those buildings when they are complete.

In other words, we’re not interested in average performing buildings and simply buying lots of offsets to reach ​‘Net Zero’ status. We call it our Mission Zero. It means we are working hard to drive down emissions as quickly as possible across our own projects, whilst also supporting external construction clients to do the same. But to eliminate carbon emissions entirely, particularly those outside of our direct control, is a huge challenge that requires unprecedented levels of collaboration.

Fortunately, there is no shortage of enthusiasm from our partners. Our capital partners are challenging us to go further faster, our customers are demanding Net Zero buildings and all of our local authority partners have declared a climate emergency.

And our supply chain is responding too. By joining ResponsibleSteel and SteelZero for example, we are witnessing some rapid shifts in attitudes, innovation and demand for more low carbon steel. Steel can account for around 40 per cent of the embodied carbon of a typical Lendlease building and as an industry generates around 8 per cent of global CO2 emissions each year. We’re increasingly seeing steel being manufactured from electric rather than coal powered furnaces, as well as high amounts of recycled content. Lendlease alongside other leading developers are also beginning to explore ways that we can reclaim steel from buildings being demolished and reusing it in new buildings – without the energy-intensive process of melting it down to recycle it.

Our next office building at International Quarter London (IQL) in Stratford, The Turing Building, serves as a good example of how we are putting Mission Zero principles into practice.

Originally designed before we set our Mission Zero targets, the building already had high sustainability ambitions. This included becoming the second WELL Gold and third BREEAM Outstanding certified building at IQL, placing it in the top 1 per cent of sustainable new office buildings in the UK.

However, despite its typical steel and concrete design, when Lendlease launched its Mission Zero targets we decided to challenge ourselves to find opportunities to further reduce embodied and operational carbon, making The Turing Building as low carbon as possible before offsetting any residual emissions.

By designing with less materials through smart engineering and using alternative, low carbon cements (known as GGBS) where possible, we have reduced the building’s embodied carbon emissions by 40 per cent, compared with a ​‘business as usual’ design. Achieving what is considered to be best practice in the industry by the London Energy Transformation Initiatives (LETI)’s 2020 benchmark.

Emissions from construction will be substantially reduced by using alternative, low carbon fuels such as sustainably sourced Hydrotreated Vegetable Oil instead of diesel or petrol from day one on site. This has the potential to reduce carbon emissions by up to 90 per cent and is part of Lendlease’s Alternative Fuels Policy , which aims to eliminate the use of fossil fuels across all our construction sites.

But we aren’t stopping there. The Turing Building is designed to be highly energy efficient in operation, targeting an expected EPC A rating. However, there is an industry-wide performance gap between design intent and how buildings truly perform in-use. Lendlease set out to address this with a small group of leading developers and the Better Building Partnership by introducing the NABERS UK Design for Performance approach.

The Turing Building is one of the first in the UK to pilot this energy rating system, meaning that its future occupiers will reap the benefits of its smart, energy efficient features and we will work closely with them to ensure it is operated in a low carbon way.

Being truly low carbon doesn’t come without its challenges. We intend to work closely with future occupiers to procure 100 per cent renewable electricity through a commercial green lease, but all heating and cooling will come from the Queen Elizabeth Olympic Park district energy scheme that IQL is connected to. This is largely fuelled by natural gas and bio-mass, which is low carbon in comparison to coal but still produces some carbon emissions, which in the long term will not align with our Absolute Zero Carbon target. We are therefore working with the network operators EQUANS to support their plans to decarbonise the network as soon as possible.

The good news is that the local authorities in the area — the London Legacy Development Corporation (LLDC) and the London Borough of Newham — are both very committed to tackling climate change, as are our capital partners CPP Investments, making the Turing Building a great candidate to become our first Net Zero office in London.

Mission Zero promises to be a transformational journey. With our partners on board and by setting our sights on the stars now, we believe we can make it a reality.