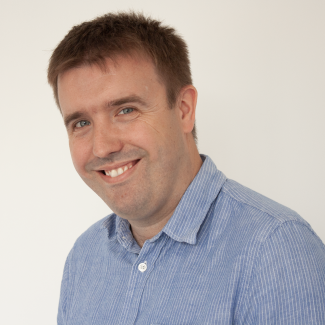 On a sweltering Tuesday in central London, business leaders gathered to join a London First conference and left after having enjoyed a BusinessLDN event. After the rebrand reveal, delegates heard from business leaders and politicians discussing how to build the city of the future, one that is the greatest city in the world to live, work, and play.

Minister for London Paul Scully opened proceedings, fresh from his move across from the Department for Business to the Department for Levelling Up, Housing and Communities. He spoke about the opportunities that London can offer – and how the focus after the pandemic must turn to building on that resilience, with London very much part of the levelling up agenda.

The Minister then joined a panel with Alan Belfield, Chair, Arup, Amy Lamé, Night Czar for London, and Sarah Sands, Chair, Bright Blue, for a discussion on London as the city of the future. The panel agreed that a national recovery would not happen without a London recovery, and that it was just as important to level up disadvantaged areas in the capital as it is the rest of the country. The regions are interlinked – strong industries in different areas benefit the country as a whole. The speakers also agreed that skills and transport funding were the two biggest issues facing London right now, and that childcare (which featured later) was a critical barrier to accessing all talent.

The next panel looked at the future of work in the city, with Mathieu Proust, General Manager, WeWork, Kate Smith, Executive Director, CBRE, Professor Mark Kleinman, King’s College London, and Tanuja Randery, Managing Director EMEA, Amazon Web Services. The panel felt that baking the ESG agenda into the future design of offices was critical to making them attractive and accessible to all. Training middle managers to support teams in a hybrid setting emerged as a key theme – hybrid is here to stay, so now is the time to embrace both the training and technology needed to thrive.

After a short break the next panel looked at liveability, and how transport, housing and education interlink to make a good city. Matt Brown, Director of Communications and Corporate Affairs, Transport for London, Troy O’Rourke, Land Director, Notting Hill Genesis, Claire Wills, London Managing Partner, Freshfields, and William Touche, Senior Partner, Deloitte, spoke about the vibrancy of London, and the need for a business environment that attracts investment and people who come here for opportunities. The panel also recognised the great need for affordable housing and the difficulties in getting it right during the current economic climate.

Following a presentation from PwC on on what makes a liveable city, and what the indicators tell us about London’s strengths and weaknesses, the final panel of the day considered how to make the city a magnet to all. Nigel Milton, Chief of Staff & Carbon, Heathrow Airport, Laura Citron, Chief Executive, London & Partners, and Charles Oak, Hotel Director, The Londoner, spoke of the capital’s reputation as being critically important for its future success and competitiveness. London is a hub for international investment, but the key drivers for that investment include talent and values. This led to a debate on the cost of childcare, which is stopping many talented parents from returning to the workforce.

The central theme in most of the conference was that to be the best London we can be, access to the right talent with the right skills is crucial. Our huge thanks to all our speakers, and to our sponsors ITV Studios and PwC.